There are many monuments to remember distinguished personalities of the past born or who lived in Zakynthos.
The past has to be remembered and the people of Zakynthos display, especially in the big square of Solomos, many statues and busts. 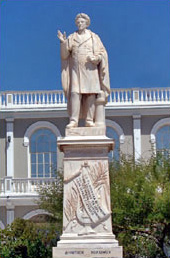 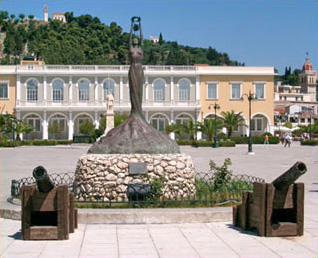 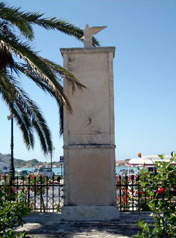 Among those there is the statue of the national poet Dionysios Solomos at which base it is engraved a line of his poem “Hymn to Freedom”; the statue, representing the Glory to which the national poet is addressing his poems, is flanked at both sides by two cannons and the stele that remembers the writings of another poet very much loved by the people of Zakynthos, Kalvos.

To remember Ugo Foscolo, famous Italian poet born in Zante in 1778, there is a bust in Solomos square that has been dedicated to him (below on the right).
It is also possible to see, in the street to him dedicated, the cenotaph of Foscolo with the statue of the “Weeping Angel”. 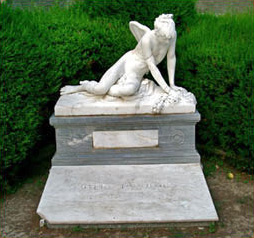 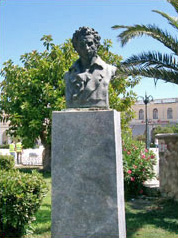 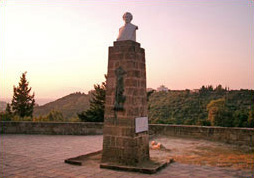 Then on the Strani Hill at the back of the city there is another bust of Solomos and it is said that the poet used to find peace here and that the incomparable view inspired his compositions.

It is also possible to admire the commemorative stele of the patriotic secret society “Filikì Eteria” that fought to free Greece from the foreign domination.